What are you all doing for the Quarantine

I’m trying to learn Arduino basics and stepper motor control as a stepping stone I to the 3d printer project I’ll eventually be able to embark on.
I’ve got a sparkfun inventor kit and I’m working through a YouTube tutorial. Also I have raised some unipolar steppers from a photocopier and now I’m on the lookout for a Darlington array to power them

What are you guys doing ???

Well, making ‘ear protectors’ for VMERS, and making bits to bolt a raspberry pi and picam to the printer to run Octopi, which is amazing. Now I’m making this, which I think is an AMAZING set of parts designed for 3D printing:

I am someone that continually is moving my camera depending on what I am printing. I wanted a camera bracket that was maneuverable when needed, yet stayed locked when not. This articulating design has 24 indexes on each link connection point and a...

The first two parts I printed were the thumbscrew and thumb nut, which came out beautifully and screw together well. I was super skeptical, but it worked!

My kingdom for a garage

playing around with some arduinos myself. trying to work out a control system for the plastic extruder i am building.
baking.
working out an automatic irrigation system for my balcony
playing some Warcraft
working out some ideas on how to make more work spaces in my apartment.
helping out some neighbors with their shopping
and daily naps…

Ya my wife is working from home so she gets most of the aaprtment. So I have what I call “bed desk” and I have a whole bunch of random junk bread boards ect. On my side of the bed hahaha tough times 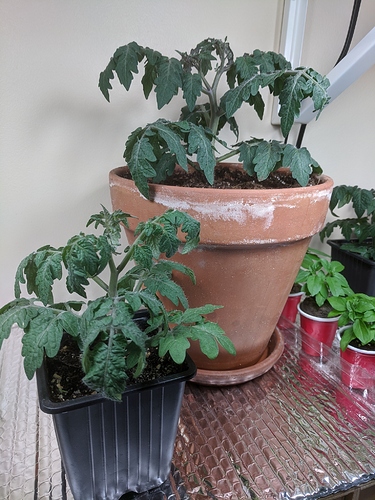 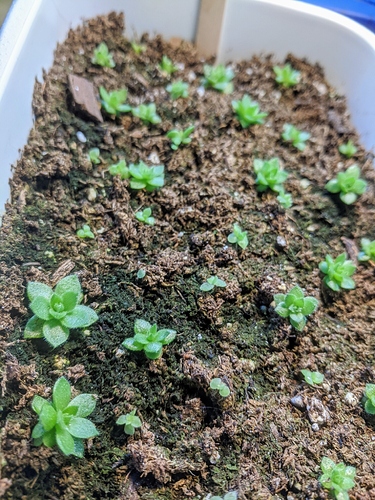 Tomatoes will pay huge dividens of it truly is an appocolypse

ha ha totally. Either that or hens n’ chicks…trying to cover all my bases.

@Janet, if I want to grow tomatoes this year, should I have already started?

@climberdude no this is actually the perfect time to start them! I started mine waaaay tooo early. I’m probably going to grow one inside under my grow light. If you start now, your tomatoes will be great to transplant outside when it’s warmer.

I’m still working from home but spending more time in my workshop which has sadly gotten to the point where I have to do a major cleanup before I can do any more work. 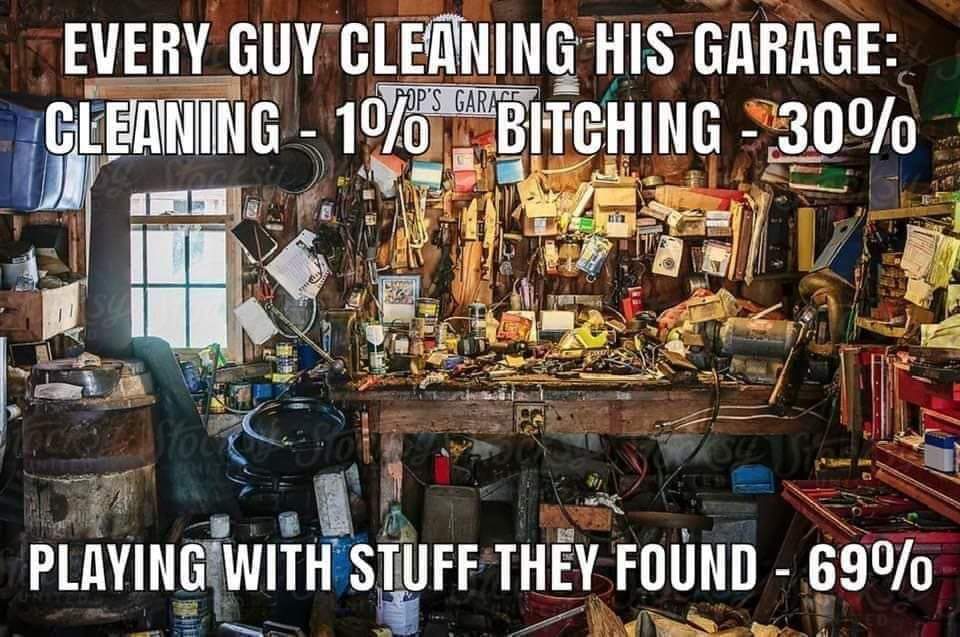 I’ve been watching a lot of videos on “Lean” manufacturing and see a lot of great ideas for the home shop.

As Steve said, I’m now at the point that I’m cleaning my office/workbench as it’s long past the point of being usable. Once I’m able to access my work surfaces, parts, and tools again, I’ve had this pick-and-place project on the back burner for oh I don’t know…

I was also put onto a dirt cheap Lattice FPGA board by @TomKeddie with a ton of 5V digital outputs that is just itching for a use in said PnP.

Other than that, I’m doing a lot of digital art (2D and 3D) as it’s something I’ve wanted to improve at for a very long time, and I decided this was going to be The Year that actually happened. To put that to practical use I’m toying around in Unity (game engine), though nothing really as a project per-se.

There’s a massive game dev compo (Ludum Dare) coming up in a few weeks too, which is one of the few events I schedule around as it’s so rewarding to participate in.

Work’s still on though, so business as usual really.

Wow a pick and place would be so sweet. I imagine they are a huge challenge though.
What digital art platforms are you working with ?

Yeah, PnP’s are hugely complex - but that’s also what makes it so fun!

For 2D I mainly use Photoshop. As much as I’ve tried to find an alternative because I really don’t want to be giving Adobe $$ every month, for digital painting nothing is quite on par despite Photoshop having essentially stagnated for a very, very long time now. If it works, don’t “fix” it I guess? I’ve tried Krita, Clip Studio Paint, Affinity Photo, and a few more, and they each have their drawbacks. Of those, Clip Studio Paint is the runner up, followed by Affinity Photo, then Krita. For the actual drawing part of it, I picked up an XP-Pen 22R Pro display tablet, which is quite nice for the price - you’re certainly not getting a Wacom Cintiq Pro, but for something that costs 1/10 the price it’s an amazing bit of hardware.

For 3D I’m doing most modeling and sculpting in Blender. I don’t think I could go back to Maya or 3DS Max at this point - it’s kinda like Blender is the Vim of 3D packages, and now that I have ripped off the bandaid to learn and customized it, I’m in it for the long run, hah.

That sounds worse than it is though - Blender 2.8x came out almost a year ago and was a massive, massive step forward in usability, and it’s fairly decent now (but not without its quirks/issues still).

For texturing I’ve been using Substance Designer, which is a node-based texture generation tool, and its sister product Substance Painter (which as the name implies, is for painting those generated textures onto 3D models). Once I got the hang of its UI and found a YouTube tutorial video where someone explained their thinking/rational for how they designed the node networks, it suddenly became very intuitive and easy to make exactly what I wanted. It doesn’t replace painting textures in all circumstances, but it also does so much more than you can (easily) do with painting textures by hand.

The latest tool I’ve been playing with is Marvelous Designer for cloth/fabric design for 3D. You design 2D clothing (or anything really) patterns, then stitch them together and drape them over meshes, just like you were designing real garments (MD is actually an offshoot of a tool used for real garment design). Like anything it took a while to get used to, but after a Udemy course and some YouTube videos, it became quite easy to use. I’m still figuring out how to integrate it into a workflow with Blender though.

I totally get the Photoshop thing. I have a copy of CS3 AND WILL NEVER PART WITH IT. Subscriptions are the devil

Also I’ve been messing around with rhino 6 for the last little bit.
It’s a pretty steep learning curve