I’m still figuring this site out, I came here from a google search for Robot Combat in Vancouver and saw that @Tobifernay posted about a year ago about getting something going. Since that thread is dead, here’s a new one.

I started competing in Seattle about five years ago with the intent of getting something started in Vancouver eventually. So far I’ve built a half-dozen bots and I have a pretty good grasp on what it takes. If others out there want advice on how to build your own bots, where to find kits, etc. I’d be more than happy to help get you going.

I’m prepared to build an arena on the back of a trailer over the summer if I can get the money together (to build a safe arena it will cost $1,500-$2,000 which would eventually be covered by club dues and event entry fees).

What I need is to find a dozen or so like-minded people who are interested in building, competing, and helping get a club set up by finding venues, volunteering at events, and getting the word out.

I just purchased the URL VARC.tech (Vancouver Area Robot Combat) and I’ll start putting some content up there over the next few days starting with some links to important resources.

In the meantime, if you’re interested in building bots, I suggest checking the subreddit /r/battlebots for lots of advice and a thriving community or just ask me. If you want to see more video, check out the NHRL homepage on youtube and Bugglebots: https://www.youtube.com/c/Bugglebots

I hope it’s not inappropriate for me to @ some of the users who showed interest in the thread from a year ago on this subject. @Jarrett @packetbob @yeungx @rsim @elizabot

How does a match work?

Doesn’t it take a bunch of specialized knowledge to build a functioning combat robot?

What kinds of bots are competitive?

What if I want to build a crappy bot for other people to destroy with no real chance of winning?

How often would you hold events?

That’s it for now! Please contact me if you have any questions, offers of assistance or words of encouragement.

Here’s the old thread, for reference:

Hey there Vancouver area makers, builders, and robot fighting enthusiasts! I’m looking into starting a mini robot fighting league in Vancouver. Fingertech Robotics in Canada has plenty of good cheap parts for 1-3lb robots. Check them out, I’m not able to post a link here. Some are full kits for under $200, custom designs may require a few more bucks. Interested in making a small bot to compete with? Maybe you want to volunteer for organizing and administrative work? We could easily make a mini …

VHS could certainly host an event, particularly if it doesn’t have to store an arena. If you haven’t come by on an open house night yet, I’d encourage it.

I’d be into competing with (currently) extremely hacky designs at lower weight classes, and I’d be willing to help out with arena build, and maybe throw some bucks into a fund to build one.

Also, would be willing to help out with others building beginner bots. I think I have a good idea of what goes into them.

That’s awesome, thanks for offering up the space, time, and potentially money. I’d like to at least look at the option of forming a non-profit so any donated funds could be tax deductible, but certainly you guys have some of the expertise and machinery required to make an excellent arena.

I haven’t been there for an open house, I’ve been tempted several times to join, but life keeps getting in the way and I have a pretty good collection of tools at home.

Hacked together bots are great! One of the things I really enjoy about robot combat is there’s no pressure to come in with ‘winning’ designs. Breaking toys is half the fun!

These are my current crop of bots BTW, so far all are unbloodied (Covid and a border crossing) and I’m eager to get them in an arena. 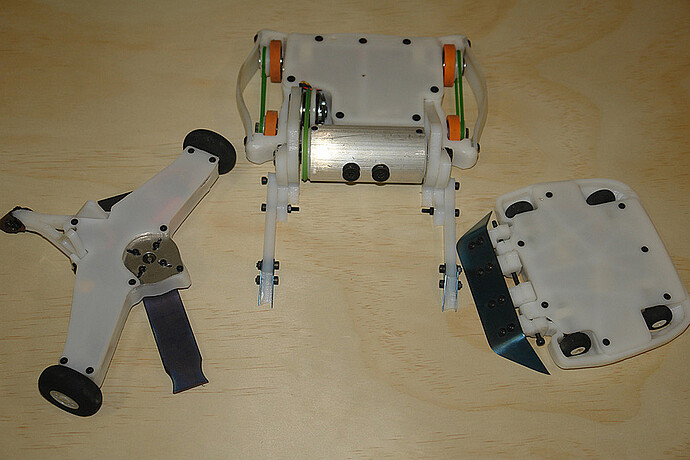 you might also be able to apply for a neighborhood rant of about $500 if the even itself will be open to public.

Count me in - exactly what @Jarrett said goes for me too.

Not in Canada unfortunately - VHS is a non-profit, but we cannot issue receipts for tax purposes. You have to be a charity to do that. Boo. 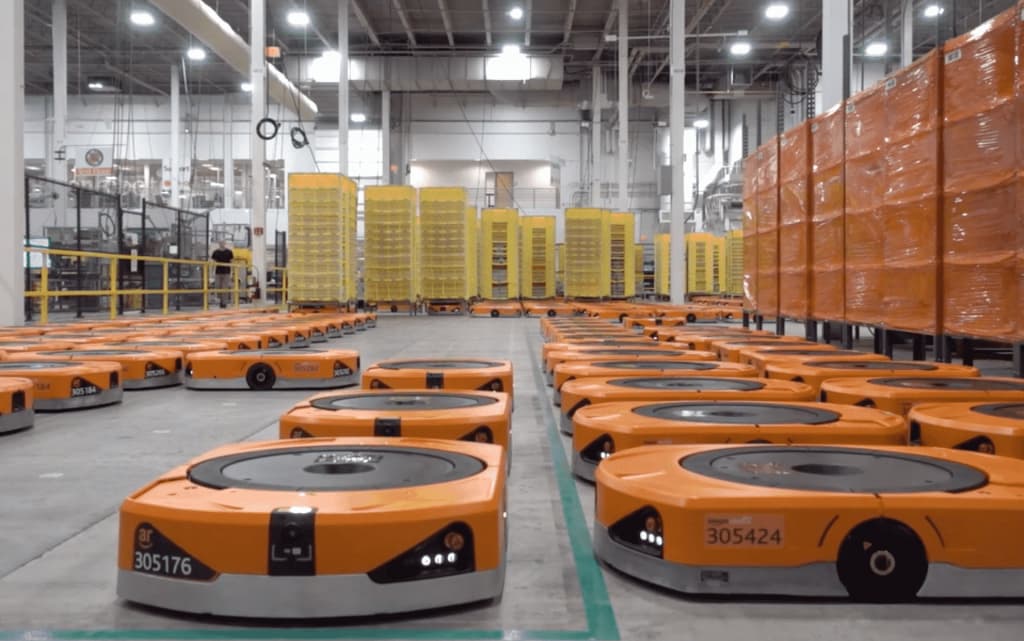 @xquared Whenever possible events will be open to the public for free. I’d thought about a community grant when I was planning all this pre-COVID but I’d since forgotten so thanks for reminding me!

@rsim Thanks! Wow, I’m surprised at how fast the interest is appearing. I’d really love to get the first event going some time this summer with 20+ teams, at first I figured that was unrealistic, but given the response in just a few hours, maybe not. Very excited about all this.

Any particular reason why VHS can’t be a charity?

Because paperwork and structure is our kryptonite.

I’ve always wanted to build a bot with a certain control mechanism to give it a strong advantage. And when that inevitably fails leaves me as a sitting duck

Wow, I’m surprised at how fast the interest is appearing

You mentioned fighting robots. That’s like crack for this group

@retro_bot as Rob says - you had us at “Robot Combat”. You’ve definitely come to the right nerds.

VARC Website is coming along (I haven’t made a website in 20 years, so don’t expect too much). So far it’s just a rough main page and a page of links to helpful resources.

I’m glad I finally found the right nerds. I’ve been kicking this idea around for a few years now but haven’t found a crowd of like-minded builders until now. I figure we need at least a dozen teams and 3-5 people willing to help out for a first event to get things going. Hopefully if we get enough public interest, things will take off once people see how much fun it is.

Definitely interested in Combat Robots. Please keep me in the loop.

Will do. I hope to get the first event together for mid-late August if everything goes smoothly. To begin with the box will be suitable for 1 and 3 pound bots, so if you want to start building with those targets in mind…

There isn’t much on the VARC website yet, but one of the first things I’ve done is to gather a collection of useful links. Also, if you haven’t already seen them, the videos over on the NHRL youtube page are a great place to start getting familiar with the Beetleweight class. They have the most competitive environment in the world for Beetles and do a great job of filming, editing etc. No flamethrowers here though (the top video on their youtube right now is an amazing flamethrower bot literally lighting their opponent on fire).

I’m also happy to answer any questions or provide feedback on designs. I won’t claim to be a master builder, but we did go 5 and 2 for a 4th place finish in Seattle against some of the best in the world (all but one opposing team was from the BattleBots TV show, and one of our losses was to a Giant Nut winner).

Posted a workshop that can be a start to getting into this.

Hi all, I’ll be running a workshop for custom RC cars. You will be provided with all of the basic components - A microcontroller, motors, and everything to join them all together. The idea here is to get a basic RC car platform in everyone’s hands, just the boring stuff, so that we can build upon it and let our creativity go wild in unexpected ways. The hope would be to see anything from desk-sized Roombas, to racing leagues, to tiny Battlebots, to autonomous sumobots. [image] It is intentio…

As-is, it certainly wouldn’t be competitive if you want to win, but it could be fun as hell, and will certainly whet the appetite

Hey, winning isn’t everything. Lots of serious battlebots competitors will bring a ‘joke’ bot to some competitions just for fun. Ray Billings, who runs Tombstone, probably the most destructive battlebot of all time runs a smaller bot called The Great Pumpkin, which is basically a plastic pumpkin with wheels. Its only purpose is to get destroyed and provide some entertainment for the audience.

There’s also the famous Norwalk Havoc competitor, Milk Tank, the team wears cow costumes and the bot is decorated in a cowhide pattern. The main weapon on Milk Tank lately has been balloons filled with glitter. In the past it’s also brought a bubble blowing machine as its main weapon. It’s very rare that it wins any matches, in fact it had a streak of four fights in a row where it burst into flames, but it’s a fan favourite and the team seems to have great fun with it.

Here’s a great Milk Tank fight to give you an idea.

So… as a practical SPFX technician, and former theatre nerd, I have some fire performance expertise, including how to get the appropriate permits for fire at public events. I’m also certified to load propane cannons by Technical Safety BC. (Kind of an inside joke… TSBC just brought in a new mandatory certification course for the film industry, and the instructor got eviscerated by the students, all of whom knew more than he did.)

If people are interested in involving fire, involve me in the early stages of your planning, please.

Sorry, I should have been clear, it’s very unusual for an event of this type to allow fire. NHRL is really the exception here. They’re the first real semi-professional league for combat robotics in the world as far as I know (BattleBots hands out money, but even with sponsors teams inevitably spend more than they get in return). We also won’t be handing out $10,000 cheques to the winners of the annual finals either (maybe one day, but that’s a long way off).

I just posted some NHRL videos because they’re the best quality examples I can find of robot combat in these weight classes.

Thanks for the offer though. We absolutely do need volunteers to help with safety inspections and such so if you’re not competing your expertise would be most welcome! It sounds like your experience would be a great asset if you want to build your own bots as well.

Copy that. I would imagine that you’re going to want a fire fighting plan regardless, given the possibility of a battery puncture, and I can help out with that.

I definitely don’t have the bandwidth to field a robot this year, but I’ll think about it for future. Robot fire beaver, anyone?