I’ve been trying out KiCad for the first time over the past few weeks. People in Slack have been very patient with my frequent complaints about features that I expect, but it lacks, or other minor gripes about workflow.

Despite all that, it is quite good. Before anyone asks, I still recommend Upverter for beginners, and will continue to use it - The lack of updates from the company is concerning to me, though.

Naturally, I like to tinker with stuff. KiCad doesn’t support bezier curves for its traces. I don’t need them, but I want them. PCB art is too tedious to within their tools, too.

So I wrote a plugin to integrate Pcbnew with Inkscape. 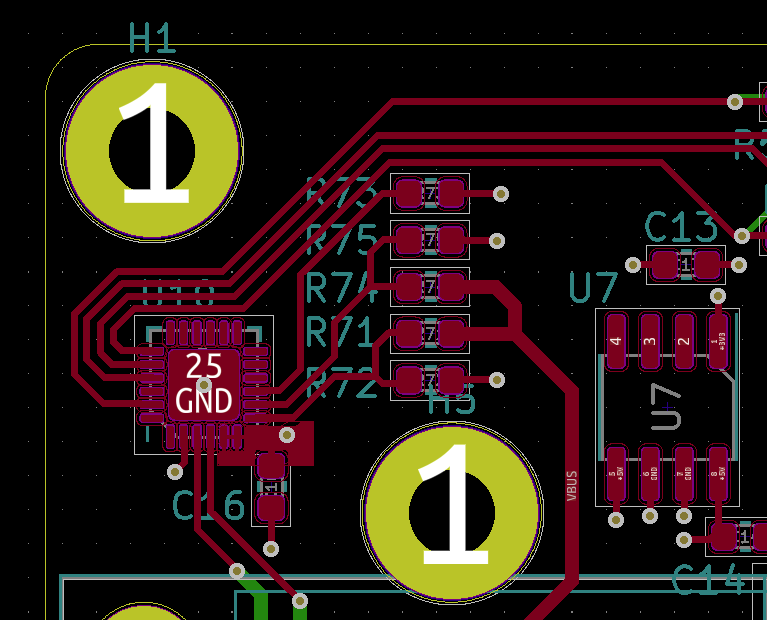 And then easily going to this: 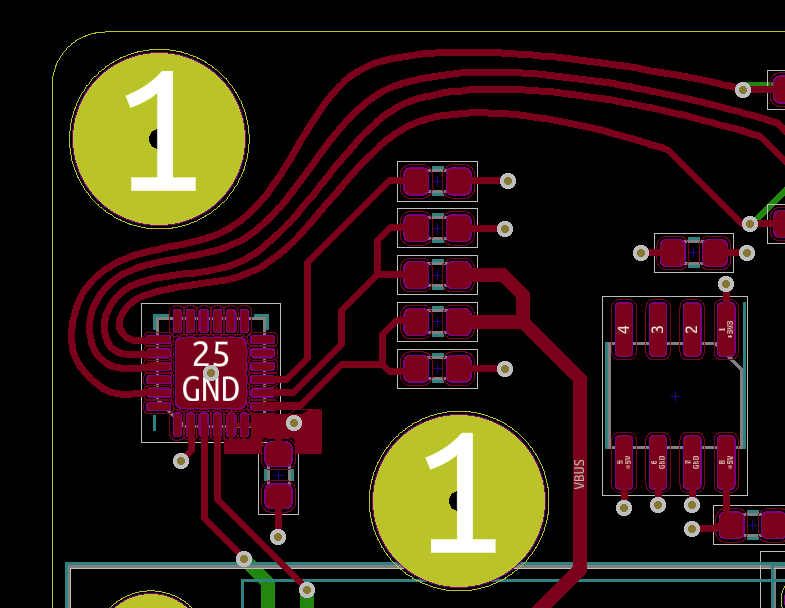 I wrote it really really quickly without much testing, so there is a huge list of unimplemented features and undiscovered bugs. But for the most part, this is a seamless PCB->SVG-PCB conversion tool, so you can draw anything you like on your PCB, on any layer.

Give it a shot, submit issues / PRs, and do cool stuff with it. The world is your oyster.

KiCad to SVG and then back again. Contribute to JarrettR/Flex development by creating an account on GitHub.

The codebase is a dumpsterfire. Maybe that will improve, in the future.

I think this is super cool. Would you like me to introduce this to my PCB design class?

One thing though, the name (i swear I’m not bike shedding), I think it leads to confusion with flex PCBs. I certainly though you had made an extension for handling flex assemblies. KiArt maybe?

Hah, I’m actually happy to bikeshed about names in particular, especially when they don’t detract from an important conversation. Clearly, there is nothing else important going on in here

Flex is the best I could come up with in a few seconds of thought. It’s short, snappy, and easy to remember. Other than the association with flex PCBs, it almost describes what it does, in a roundabout way. It stretches what KiCad can ordinarily do, and also allows traces to be flexible.

In the future, I’ll have more example images that can be shown alongside the name to clarify the purpose, hopefully.

But yes, totally show it to people if you like! Make sure it does what you want it do, first. It is a minimum viable product, emphasis on minimum, and it has many many gaps in usability.