Help me hack this Rilakkuma lamp I bought! They sent me a broken one that doesn’t turn on. I contacted Customer Service and they sent me a new one, but didn’t ask for the old one back, so I want to hack it.

My goal for this light is to replace the white LED with colored ones, and every time the light turns on, it should pick a random color to light up. I think it is probably best to stick with the 3 AAA batteries so the existing housing/switch works. Looking for suggestions of what LEDs to use, what microcontroller to use (different thread suggested maybe arduino nano?), best approach to take, etc. Pictures of the light/existing electronics: 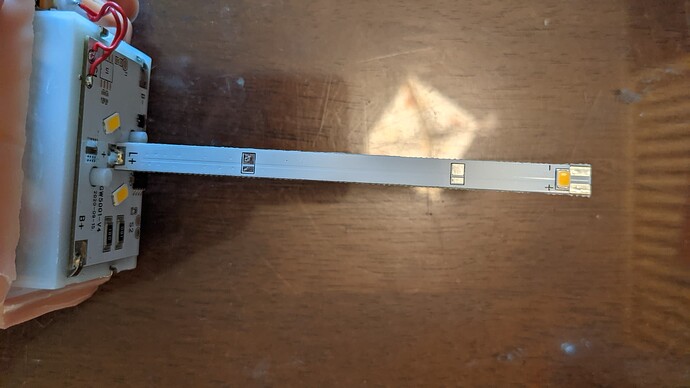 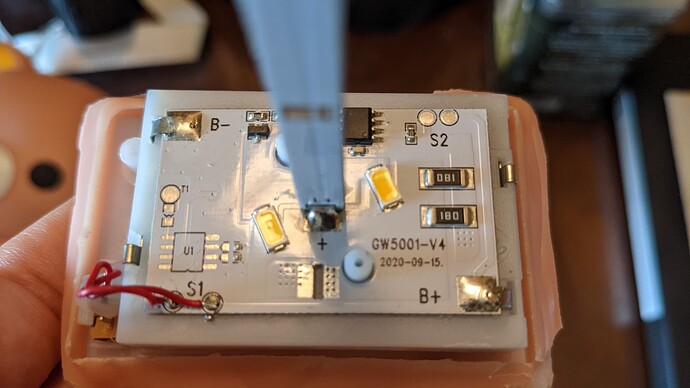 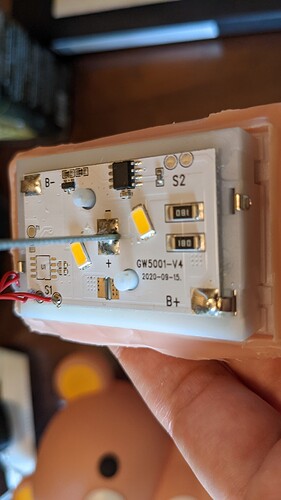 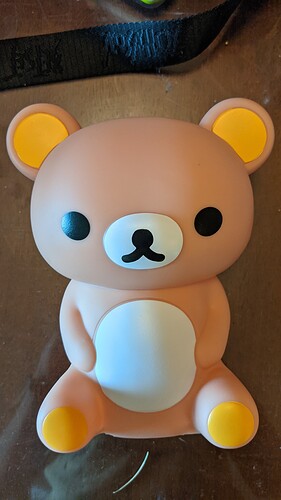 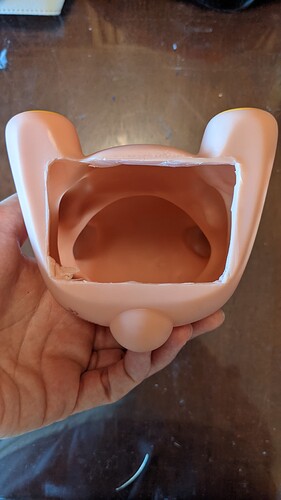 Just for reference,to help you spec out replacement guts, I see three white LEDs that can generally be run at max 0.15W, so your power budget is 0.45W or less.

Nice! i have an ikea lamp I’ve hacked to light up based on the purpleair api which coughs when he air quality is extra bad. It runs off a web-scraping pi zeroW with Python and WS2812 LEDs. You could have lots of fun with a nano but why not go full hog and make it web or bluetooth-enabled with a ESP8266? Then you don’t have to get up to change the colour.

You can run ArduinoC on there and there are a lot of apps for control.

@Jarrett interestingly there are spaces for 3 LEDs but they only actually soldered one on. I don’t know if it’s meant to be like that or the other two fell off? So I wonder if the power budget is .45W or actually just .15W?

@Janet I thought about making it wifi or bluetooth enabled, but I like the idea of it just being a surprise whenever you turn it on. One other feature I did think I might add (which the original lamp has) is an auto-shutoff after an hour or two.