I’ve been playing around with this design for a while. It’s been modelled in Fusion 360 and loosely based on a Triskele but uses a golden mean spiral generated from Fibonacci’s sequence. Then machined on the Taig and then a slice taken off with the metal lathe.

I came across this youtube video on Golden spiral - Fusion360 Importing equations. I learned how to generate a series of 3D points using Excel and then save these as a CSV file. You can then import these points into Fusion360 with a neat Addin script called importSplineCSV.

Once the spline curve is in a sketch you can do all sorts of neat stuff. I did a simple loft and circular pattern to get the base Triskele-like pattern that I was after. I added a circle to allow this part to be held in a lathe chuck. The outer square was for work holding in the CNC machine.

Here is a screen capture of my Fusion 360 Model. 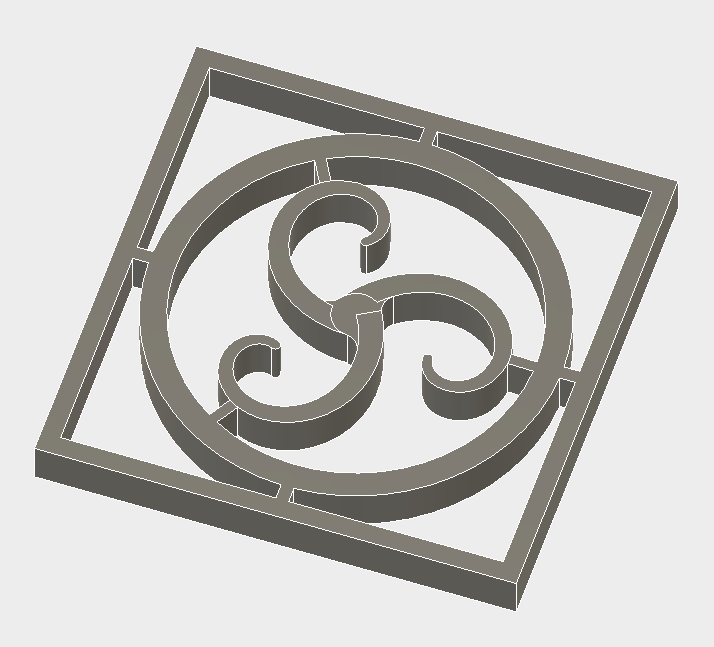 After the dealing with the usual CAM paths (Face, Adaptive Clear, Contour) it was off to the Taig for machining. I discovered that my outside corners were just a wee bit to tight as I managed to jam my bit and it snapped. Whoops. The original stock was 4"x5"x.5" aluminum flat bar. 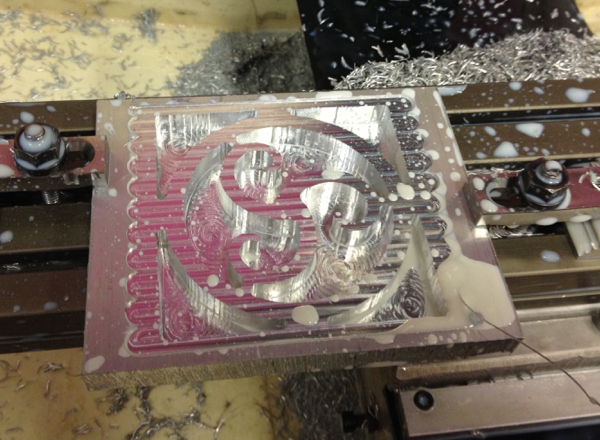 My original idea was to make a spinning Top but I decided just to make this ornamental and see if I could just cut off a thin slice. This part is only 0.5" thick so I wasn’t sure if I would be able to chuck it on the lathe. I used the dial indicator to get the face as perpendicular as I could. 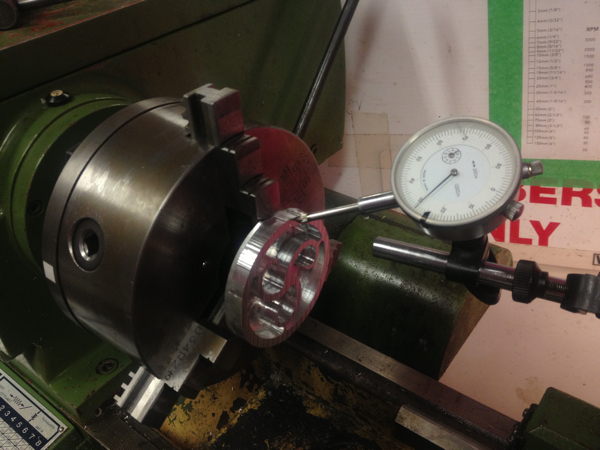 So after checking the cutting tool will clear all the head stock it was time to make some chips! The cool thing about this is that you can actually see the parting tool at work through the front. 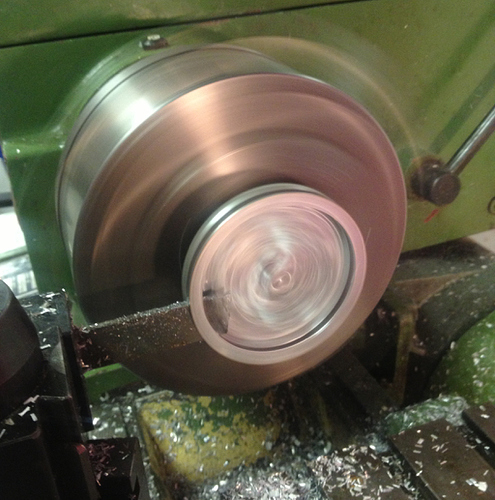 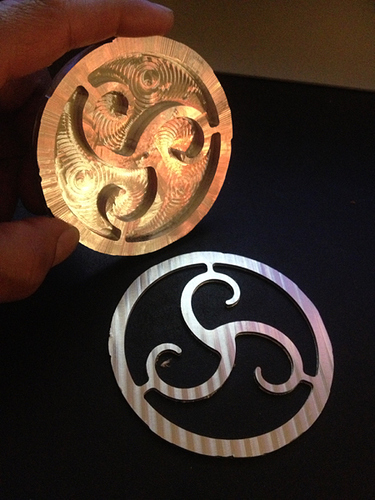 So this slice is approx. 1/16" thick. It is the thinnest and largest diameter piece that I’ve made to date at VHS. 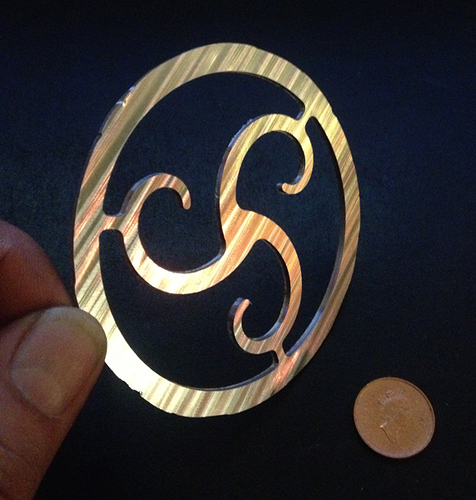 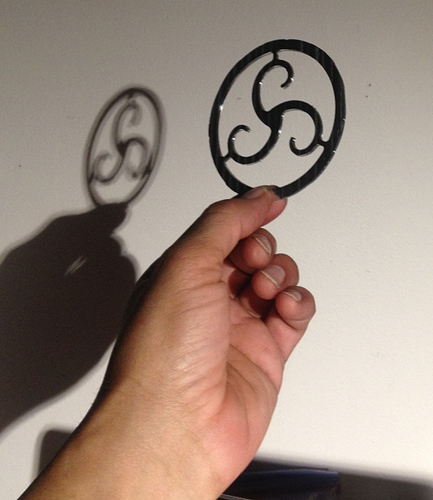 Yeah the chatter you get on thin parts is never going to be acceptable, especially with that little inner support material or the parting tool stuck that far out - you had pretty much the worst-case scenario for a good finish unfortunately.
I’d take a page from Clickspring and put it on a super-glue arbor to finish it with a facing cut on the lathe. The arbor will give you plenty of support for a nice smooth finish.

It would be nice to have super sharp tools for the lathe, then you just tickle the part as gently as you can with the hand feed. I don’t know if that means insert tooling or just a good sharpening and lapping center.