Makers Making Change Project - Fly a drone with no hands

I have a long time person that has been a tremendous supporter of Neil Squire, that is a quadriplegic - no use of limbs. He actually was in the rehab hospital GF Strong with Neil, Terry Fox, etc. He’s an OG in the independent living movement.

For his work in property appraisal, he is hoping to use a drone to survey sites where he physically can not get (over buildings, etc). A friend has lent him a very nice Traxxas Aton drone, Go Pro, etc.

The thought was he would be able to use the LipSync as a controller, instead of a traditional handheld one. It also looks like there may be an app that allows drone control through that, so it may be an easier path to get him in the sky.

I’m swamped at work, so would love a hand if someone wanted to play with this and figure out a way for a LipSync (or perhaps some other control input) could be used to fly the drone.

Project has had a couple starts and stops. Microsoft as part of a hackathon had some code working on a RC car, but at the end of the “OneWeek” hackathon was the end of the momentum. UBC students did some hard wiring into a smaller toy drone and were going to take this on, but COVID stopped UBC student groups from a lot of community engagement. I can start digging for those resources, but I think we’ll quickly find that it is an incomplete solution.

I have all the equipment (drone, gopro), but am looking for someone that wants to champion the project and get it going for Don.

I also know a couple other people that are looking to use something similar, namely Jim from the first Access Makeathon that wants to fly model planes (he was a West Jet pilot pre-injury).

PS there is a VHS-Makers-Making-Change slack channel, where I will cross post as well.

There’s an #rc channel on Slack too…

The cheap RC transmitters I use (FlySky FS-i6) use potentiometers for their gimbals, so the sticks could be replaced with a different form factor that was electrically compatible… If LipSync generates discrete digital (i.e. button-like) signals, you could feed those into a circuit that drives a digital pot.

Flying drones is usually a pretty finicky business though, even for able-bodied people. I think you’d want a pretty fancy one: something with a high-resolution altitude sensor and GPS that’s able to do station-keeping and return-to-home, and ideally a sense-and-avoid system too.

Just bumping this! I think there is an older drone in the freecycling area at VHS. Probably broken but if hands-on tinkering would also help people figure out a solution - check it out.

It looks like Betaflight has barometer support, and there are plenty of flight control boards with built-in barometers, so bodging up something DIY would be feasible

OK so, inspired/enabled by this thread I ordered a bunch of quadcopter parts! The flight controller has an onboard barometer, and enough UARTs to connect GPS and compass, so I bought those too!

Once I get this built and reasonably tuned, if someone wants to try to fool around with hacked transmitter hardware, I’d be game to play along.

Oh, I also have a flying wing with a GPS and flight control board, it can return-to-home automatically on signal loss or if you hit a panic button. Again, if you’d like to experiment with accessible transmitter hacks, I’d be game. I don’t know if I have another spare FS-i6 transmitter to be the donor though…

a flying wing with a GPS and flight control board, it can return-to-home automatically on signal loss or if you hit a panic button. Again, if you’d like to experiment with accessible transmitter hacks, I’d be game. I

Glad that this has got your space in the game. This is a whole new world for me, and I’m doing my best to keep up in my current world lol!

If there is anything that is “I think I could do this but need X Y Z” let me know and I’m happy to help the the acquistion of parts. My guess is this drone that he already has will get us there, but a bit out of my depth.

If there is a drone party where we hit clear airspace and bring the toys, that would be another way to get something moving.

The biggest missing piece for me is what kind of assistive technology will be good for emulating proportional 1- or 2-dimensional analog control sticks.

RC aircraft use a 4-axis control system (aileron, elevator, throttle, rudder). You can safely ignore rudder on flying wings, and on some fixed-wing aircraft, especially when stabilization is provided by a flight control board (these are really cheap and good now).

The Aileron, Elevator and Rudder axes are spring-loaded so that they return to centre when released, but the Throttle axis stays where you put it.

When you’re in full control of the aircraft, it’s really important that you can move the sticks fast or slow (sort of like a mouse, where you can flick your wrist), and it wouldn’t be good to have to hold down a button and wait until the desired position is reached. But with a Sufficiently Advanced flight control system, especially for multirotors which can hover, it might be fine.

The LipSync joystick can output two analog axes (not very linear, not great diagonals because reasons). Typically, the pressure input through the mouthpiece is a digital signal when a corresponding positive (puff) or negative (sip) pressure threshold is reached but it would be possible to use different firmware to use the analog reading of the pressure sensor.

One of the main challenges here is creating a mapping that works well with limited inputs. As far as I can recall, the UBC students mapped the drones forward/back and left and right to the joystick and uses the pressure input to control throttle/altitude. (something like discrete levels where a puff would increase throttle, sips would decrease throttle). I’m not sure if/how rotation (i.e. yaw) was mapped.

If someone has sufficient head/neck control, momentary switches that are activated by the head or chin could provide some more inputs.

Some similar work has been done to get some drone flying for people with SMA through a similar organization in the states:

They used a DGI Spark with a custom phone app and input through a device that allows someone to use their powerchair joystick (Freedom Wing). This also provided a co-operative control scheme to allow another person to control the drone or certain functions. 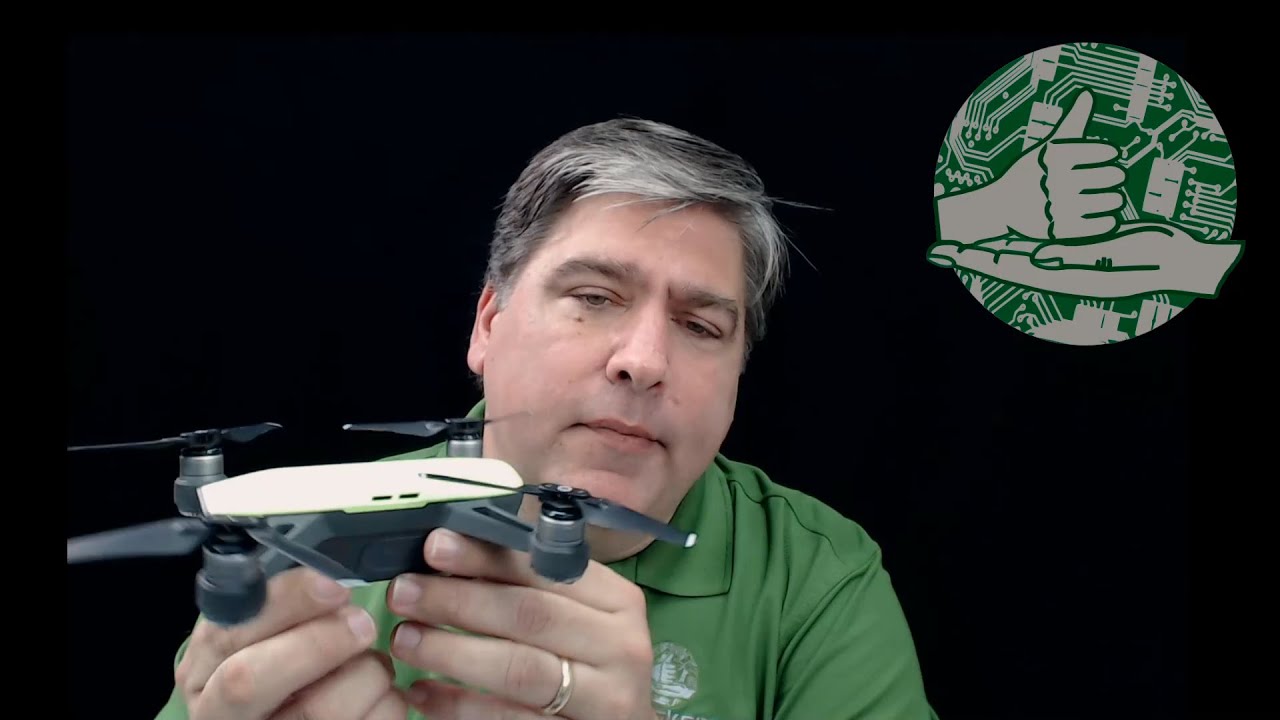 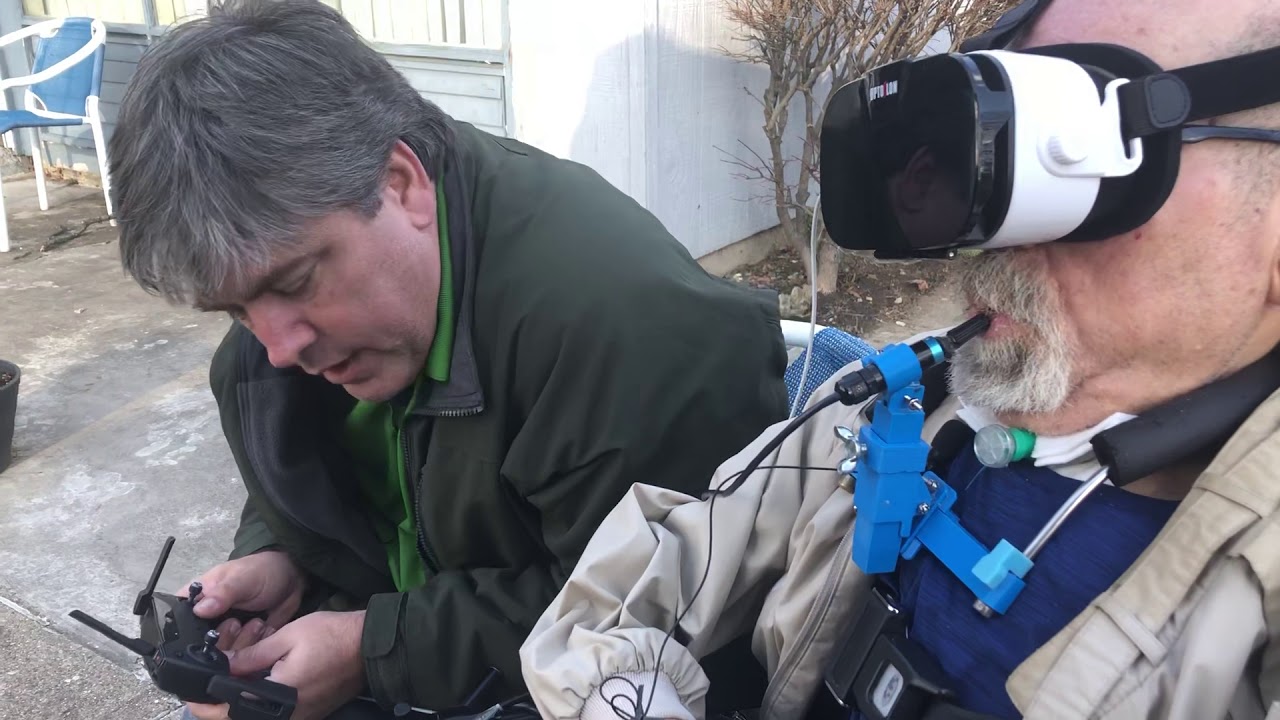 I was just thinking we’d probably want a PID loop on the input, then a freeform input could be damped in different ways depending on the user’s needs