Some time in the near future (once my tax returns show up, basically) I’ll be trying to make a trip down to Tacoma to buy out part of his SGI stash. I myself have mostly focused on desksides, and those are what he’s seemingly giving the best deal on (admittedly they are quite humongous), but looking through the photos he’s given me and hearing him speak I’m certain that he’s open to offers on the other stuff as well.

So I’m putting together a shopping list, and hoping to see if anyone’s interested in making a play at any of this cool old hardware by the time I head down. 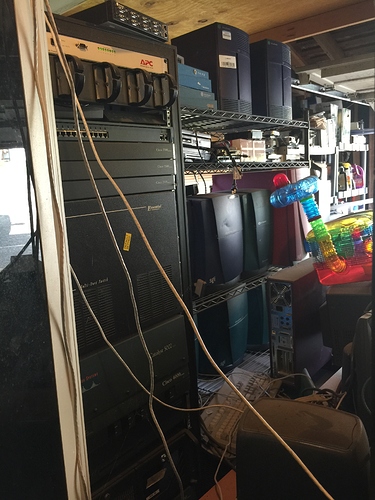 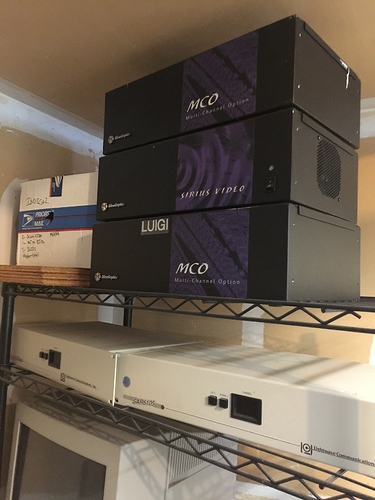 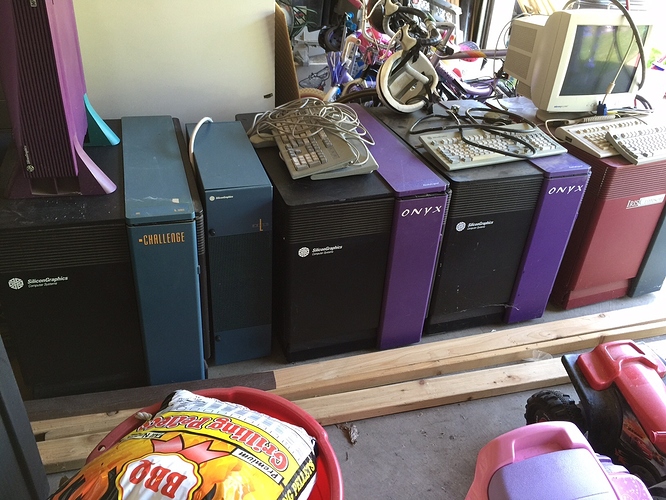 From what I’ve seen, he apparently has:

-Many Octanes, Indigo1’s, Indys and Indigo2 units (these are probably quite cheap depending on specs)

I’m probably going to grab the Crimson, and possibly the second Onyx, which has identical hardware to the first. If anything here sounds like something you’d be interested in purchasing, let me know and I’ll try to fetch some more detailed specifications and prices. As an example, he’s willing to sell the desksides for about $100-$200 apiece, so the prices are amiably reasonable considering the rarity of this stuff.

Details added to original post, since the initial one went loopy and cut off after the first paragraph. Whoops.

that makes much more sense now

I’d potentially be interested in a keyboard or two - any idea models? (preferably looking for a 9500900)

I’m just curious if you ever managed to acquire this SGI gear? I’m looking for some Onyx or Challenge units and the Multi channel Option “MCO” boxes would be nice.

Definitely hit me up if you have a line on some of this gear.
-Gerry