Summary
I got inspired by a YouTube video I saw where Adam Savage created an infinity mirror using a rhombic dodecahedron. You can see the video here: 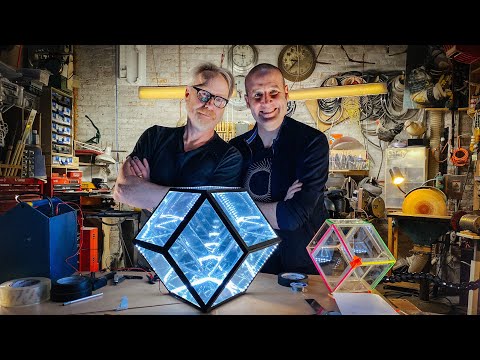 Well, I thought I’d do something similar, using this video as a guide. Notable changes from Adam’s design:

Modelling
Modelling took place as an iterative process of drawing things up in Blender, trying to laser-cut (or 3D print) the box, inspect, and adjust the model. Eventually I arrived at this: 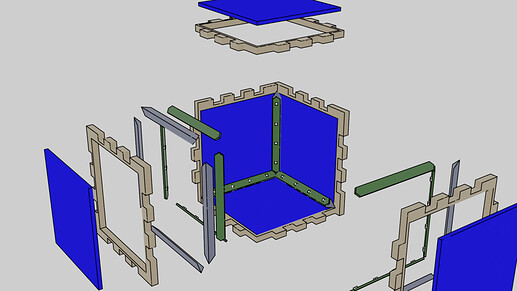 A slightly earlier version of the cube, while I was still figuring out the sizing requirements: 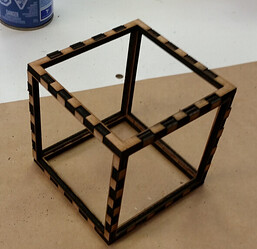 Electrical Design
The circuit is pretty straightforward. 5V pushes current through an LED and resistor, times 48.

Using LED “Inolux / IN-S85AT5UW / LED WHITE CLEAR 0805 SMD” which is cheap and bright and good for 5mA but I read the datasheet carefully and chose a resistor (180 ohm) that will push it closer to 10mA for extra brightness. It should be fine but we’ll see how that goes.

Total power dissipation should be about 2.5W, which is what I read a smartphone burns when sitting idle on a charger.

PCB was drawn up in KiCad and sized according to the dimensions we need. In hindsight, I should have created a custom footprint to have VCC go to each side of GND on the connections, rather than behind it. But, it was still symmetical and it worked.

I ordered one set from OSH Park which was $25 for the boards and another $25 for fast shipping. I ordered a second from JLC and they cost $5 for everything and it showed up only one day after OSH Park. I’m quite disappointed with OSH. They didn’t even include a sticker in the package!

And it worked! Right now it looks like something out of Avengers. Next steps are to 3D print a stand of some kind, and paint the power cable black. 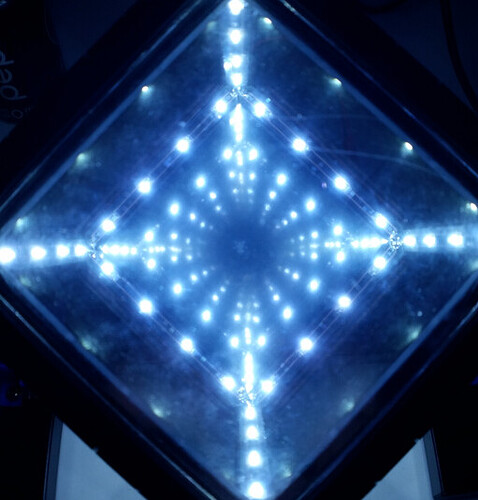 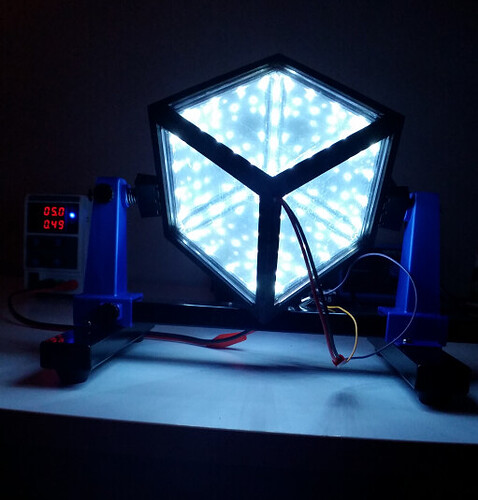 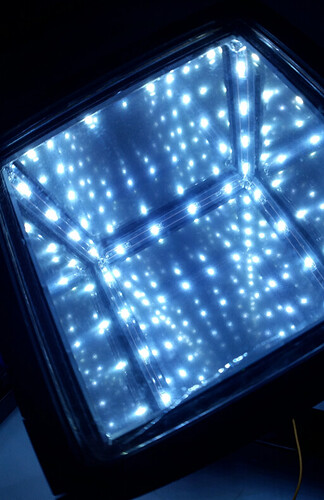