Help to build a box for mom

I need help building a box for my mother’. She recently got her balcony renovated. She’ so cute, she wants to make it a little garden, plant herbs, and she dreaming of having a wooden box with the measurements below, that has a lid which she can store things and use it as a chair. She would like to paint it too with her beautiful art she creates.

Can anyone please help me with building this box and suprise her? I have absolutely no idea how it’s done, what I need, and I’m really, really, really busy with work, so help is appreciated. 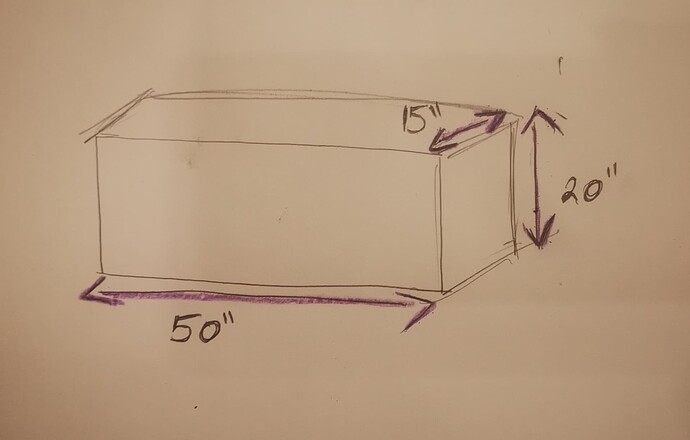 This is a really good beginner project (or advance project if you want to do fancy joinery) that could be done in a day.

I suggest spending a bit of time getting an idea of what the bench should look like and how it’s structurally sound. There are a lot of example videos you can borrow from but get a good look at how they’re structurally made. Once you get an idea of how they’re put together the cutting and assembly parts will go very quick.

As for materials I’d suggest you go with Cedar 1x6s and 2x4s for the frame. They will stand up to the rain fairly well.

I did a very similar project, entirely out of cedar. I stained the wood (not fully done in these shots). 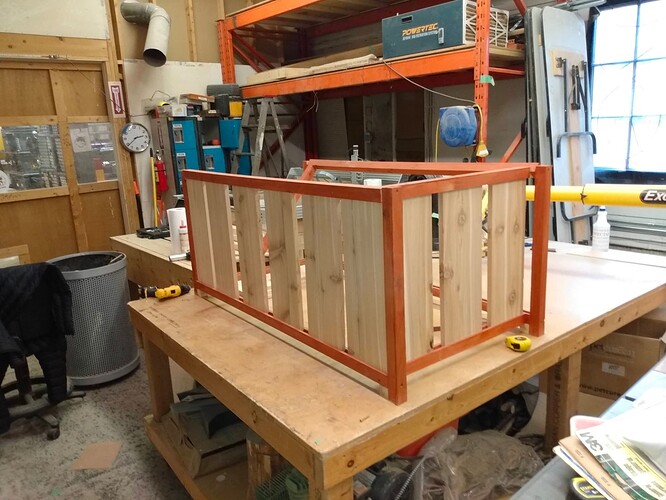 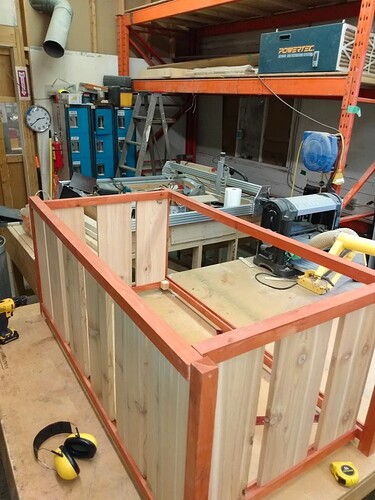 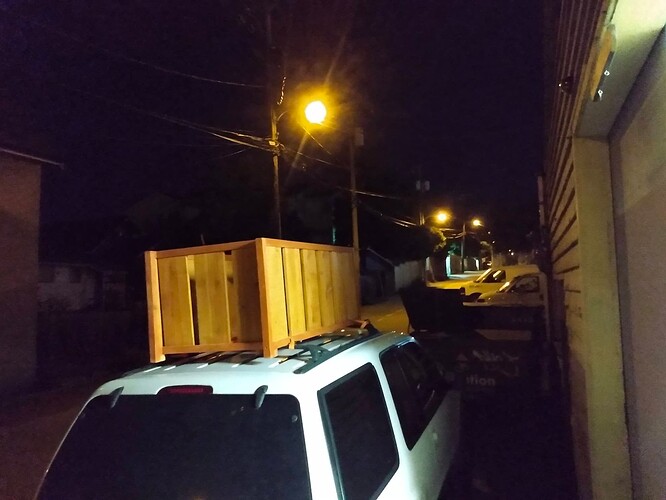 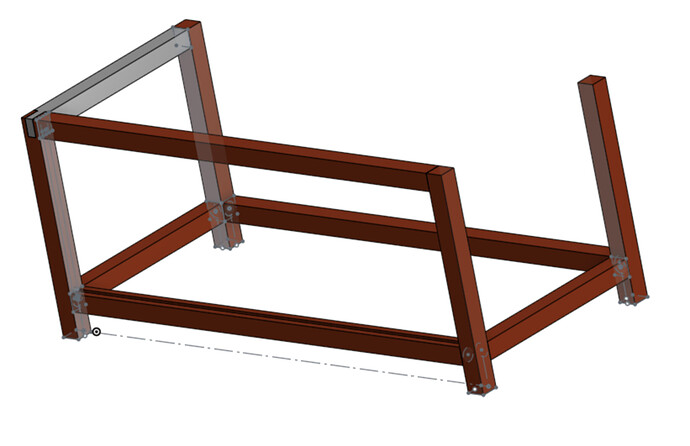 Cedar was a bit of a pain to work with as I was used to much harder woods, but it still made a great box. It’s still on my deck right now holding all my gardening stuff. It isn’t super strong though. I ended up doing a rabbit for the slats and nailing those slats in with an air nailer. This worked great and I would suggest it, we have the tools (dato) at VHS and it looks great. The frame is glued in place with some squares on the inside corners for support. I never did make a lid.

I kinda figured it out as I went, and made some mistakes. If I were to do it again:

I was also surprised at the cost. When I had to get all the screws, wood, glue, stain, it was actually near the price of the ones you can buy a kit for at home depot. But it is far prettier and I do love it.

Good luck! You got it.

How much time do you estimate that took, Rob?

I am not sure if the references below apply. Overloading a small balcony can lead to safety hazards that put people in danger. Collapsed balconies may even cause fatalities. So, you must know the…

I think this looks similar to what she’s looking for. You’d just have to change the dimensions of the boards. If she’s looking to paint it, make sure she uses lightfast/weatherproof pigments and paints.

I think I got it done in a couple nights. I liked doing one kind of wood and staining it differently for the trim. Took it home on top of my girlfriend’s car. Drove real slow.