This is a WIP project I’ve been poking at occasionally for the last year! The goal is to make a curio that displays the song that’s currently playing in my house.

I’ve got a Raspberry Pi Zero 2 W hooked up to a 7.5in e-ink display, and I wrote a little python program to get and display the current spotify song/album art. 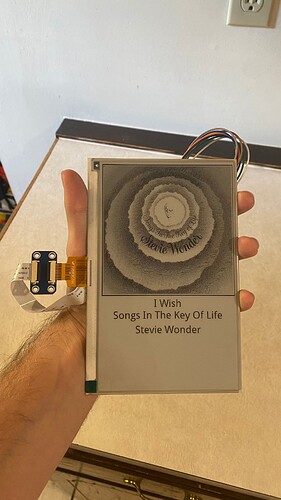 The next step is that I want to setup a portable power supply for the RPi. The goal is to house the screen/battery/RPi in this dictionary, and ideally only have the RPI activate when the book is lifted up. 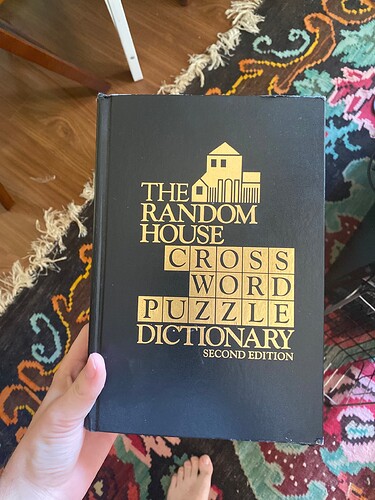 I’m a software guy typically, and I’m a little lost on the specifics of the next steps. I would love some guidance from folks that know more about these things!

I also have very minor concerns about boot-up time with the RPi (havent benchmarked yet, might involve stripping the OS down to extremely bare essentials?) and the process of gluing the book pages to make the compartment. Those feel like relatively solvable problems though.