CNCing a aluminum mounting plate aka The Never Ending project

I’ve had a project in mind that has been stalled for a while as I needed to machine a mounting bracket shown in the F360 model below.

@winegummo loaned VHS his 6040 cnc machine to VHS. He and other members such as @Emerson have been adding lots of features making this a pretty cool functional tool.

I’ve worked with other CNC machines in the past but its been a while. Emerson kindly walked me through a CNC refresher and how to use the 6040.

I started with a model downloaded from Skyentific who designs robots. That plate is what I need to machine. The stock is 1.6mm thin aluminum. The final plate is 1mm thin. 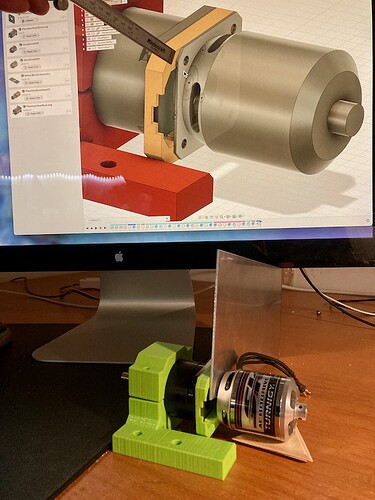 Because this sheet so thin it really needs something to support it when machining. So we decided to see if the super glue trick actually works and glued the sheet to a chunk of aluminum which was then mounted in the vice. 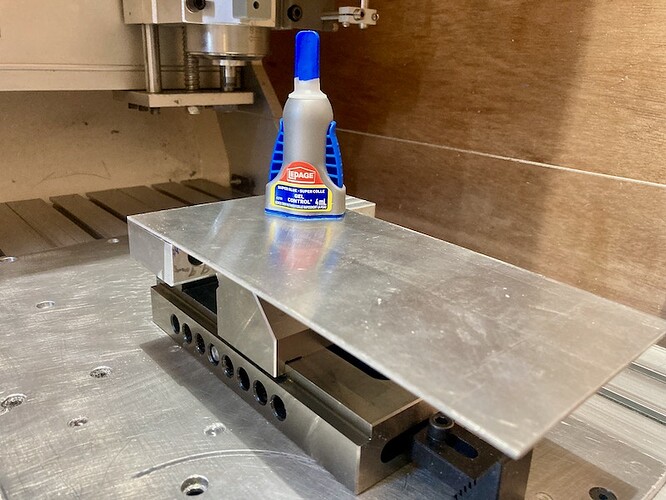 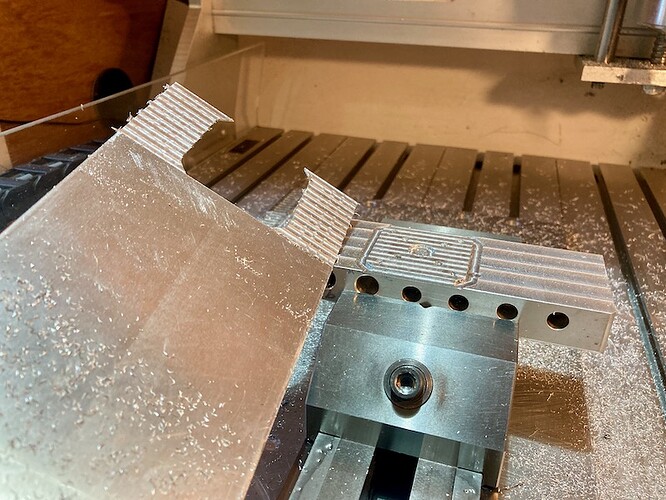 It’s time to separate the plate from the base using a heat gun and heating it up. It popped off nicely after 5 minutes or so of heat. 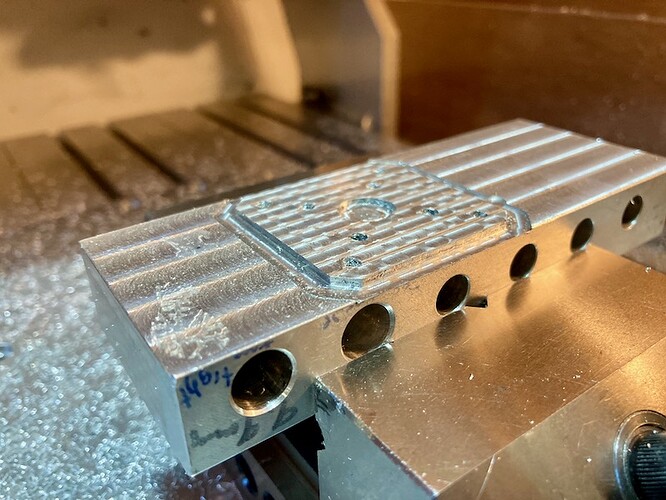 Success! The holes match up for both the planetary gear and the motor! Now to source all the screws and assemble this. 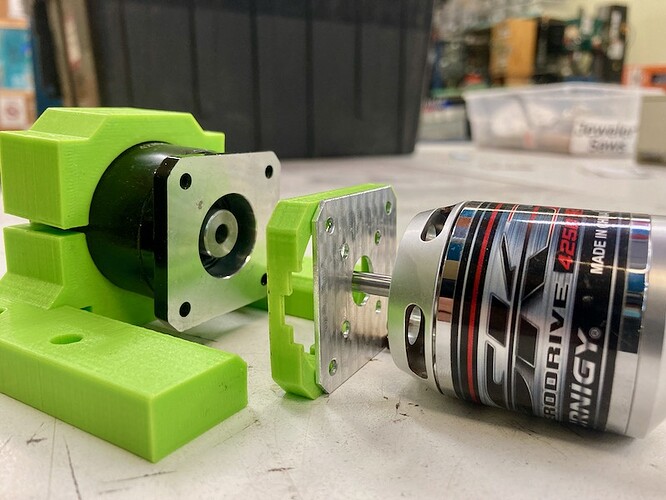 Back to procrastinating for the next portion of this never ending project!

Amazing! So cool to see that superglue trick that I did not know about!!! Glad it worked! Thanks for the project pics. Looking forward to seeing more bits of the neverending project!

What are you making?

I’m still exploring implimentation ideas however it will be a robot. When I get closer to having something functional I’ll do another talk post.