Project Concept and Overview
A wooden box has 24 doors that open and close automatically by servo. Additionally each box is individually lighted and controlled by WS2811. Each door represents days 1 - 24 of December as a countdown to Christmas. A small treat or chocolate can be placed in each door. It is also envision that a translucent Christmas image will be adhered to the front of the box with little cuts allowing each door to open. This will not allow the stencil box/day number to be seen unless it is illuminated.

The calendar will have only 2 buttons, 1 in the front and one in the back. The front button is used to open the current day door, the back button is used for system setup. The system is always in sleep mode until either button wakes up the system.

The door button will follow the logic below when pressed:

The system setup button at the back starts an independent webserver that can interface through a webrowser to do the following:
• Observe the current system time
• Update/change the current time
• Reset whether doors have been opened
• Open all doors simultaneously (for restocking)

Phase 4
Testing. Try it out for them month of December and see how it works.

Future(optional)
• Design a large PCB to simplify wiring
• See what costs can be cut. With some creative thinking I would like to get material costs < $50 CDN to be accessible to other hackers
• Incorporate a RTC module. The ESP32 time keeping has some drift would help keep time while not in use.

Current Status
I’m currently almost complete Phase 1. I have all the materials ordered and they have either arrived or will be arriving shortly.

I’m currently stuck on the laser cutting. I’ve included the .dxf file required for sending to the laser cutter. I sent the project to some local laser shops and they quoted me $150. I couldn’t part with that much money for this prototype when I know laser cutting is so cheap. I’m currently on the list to get laser training but I’m not trained yet. I posted in the newcomer channel that if another member who has training was willing, I’d be happy to pay or make a donation to cut this small prototype. Slack me if you are interested.

As for the current drawing I just started to poke around in Fusion 360. I’ve taken my first attempt at a 3D drawing of the small prototype and I’ve included this file as well as the .dxf of the sketch.

Looks like an awesome project! I’ll cut this for you, I’ve got a bunch of 1/4 baltic ply we can use. If you could donate $20 to the space I’d be happy with that. I’ll message you on slack to coordinate a time.

I’m hoping to being able to resume hosting laser trainings soon, I normally run at least one per month. I’m going to work with some other members drafting our guidelines to allow more engagement for new members and laser training is a big part of that.

Look forward to meeting you! 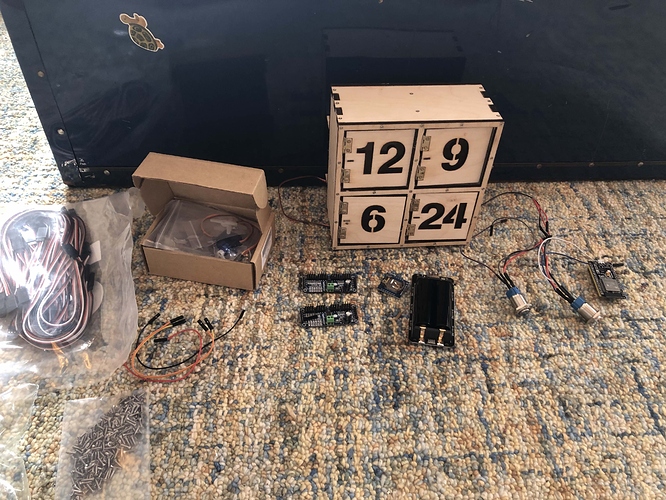 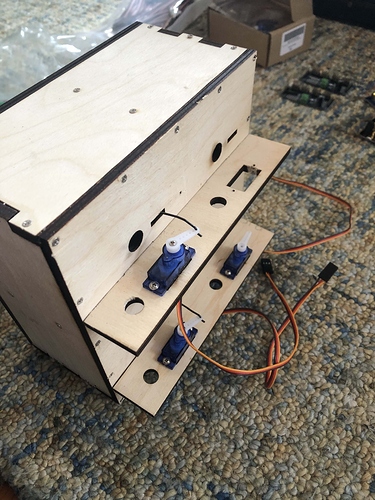 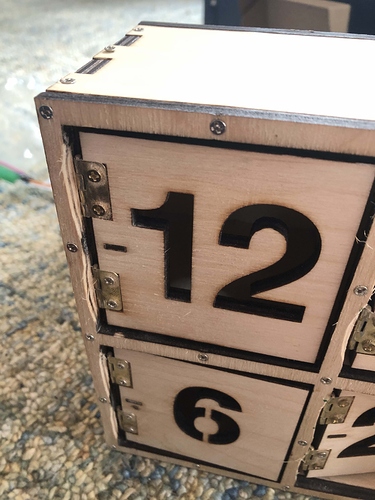 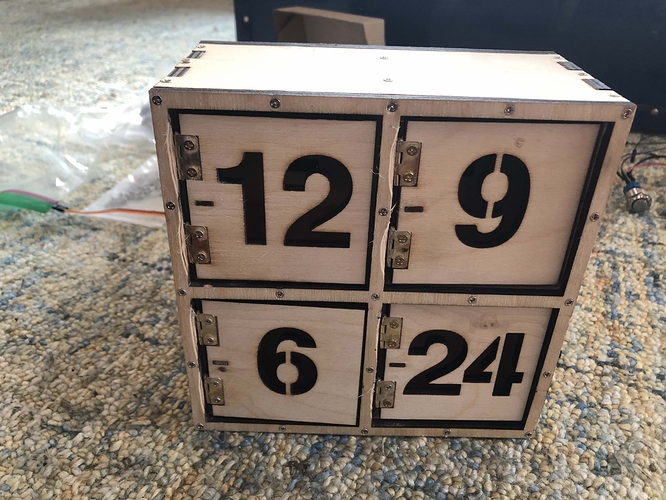 I’ll again put a call out for help if anyone can help me with the laser cutting. I still haven’t had the training for the laser cutter so I can’t do this on my own. I made a donation to VHS for the help Tristan gave me last time. I’m happy to do this again. I have all the materials on hand and I would be glad to be there to learn and observe how to use the laser.

So far I’m happy with how this has been turning out, and it should be done with plenty of time for Dec 1st which is the real due date.

Nice! There are a couple other advent calenders posted on here from years past if anyone is looking to make one. 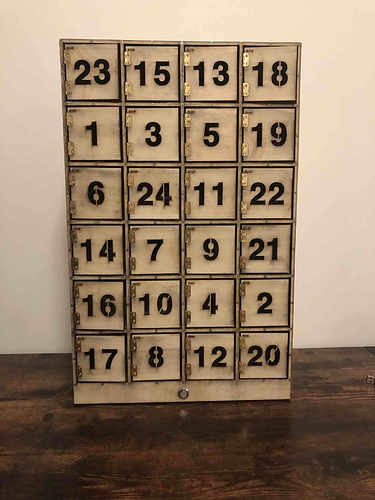 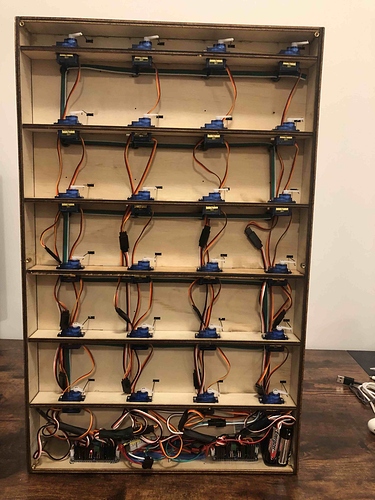 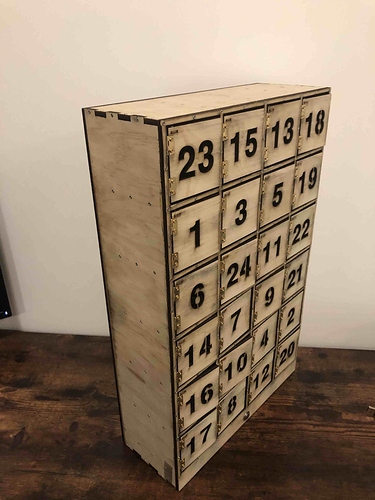 WebBased Control - Screenshot:
(this is accessed by pressing the button on the back) 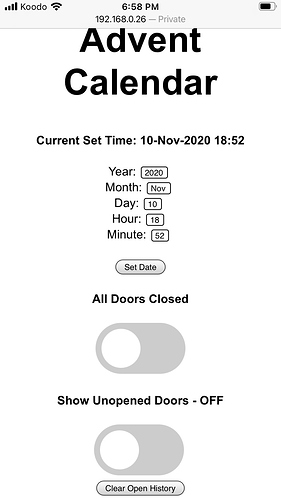 So everything is working and good to go for December 1st. I’ll put a brake on this for now but there are some future improvements that I would like to do:

Overall I’d say this project has turned out well and we are looking forward to using it this December to count down to Christmas. Way more time invested in this than originally expected but I think this is the just the life of making. Happy to chat if you are interested in any parts of this project and want to learn more.

This is SUPER cool Brian!