While soldering, there’s a lot of smoke. That’s vaporised flux. It’s not carcinogenic or acutely toxic or anything, but it is classified as a mild lung irritant, and it smells real bad. A solder fume extractor is a common solution. It’s super easy, just fan near where you’re working to eject the smoke to somewhere that is not your face.

Oh and hey, VHS members have access to all the materials via recent donations.

Grab one of those AMD processor boxes by the member storage area. There are no processors in there, just heatsinks with fans that are mostly useless. 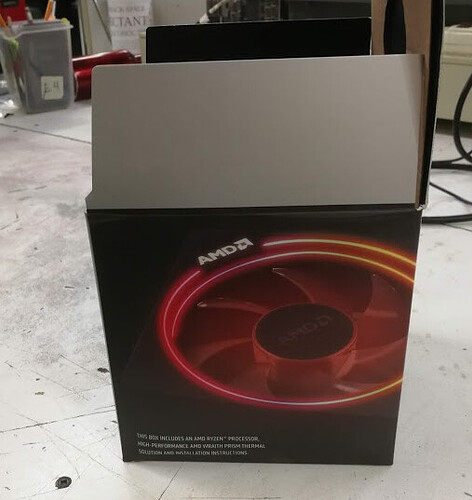 Then, pry off the heatsink component from the fan. There are just a few plastic tabs holding it on, so jam a screwdriver in between and don’t be gentle. 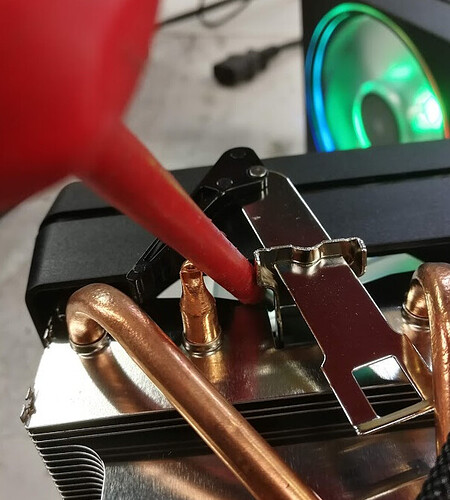 Next, grab one of the 12v power supplies in the small cardboard boxes underneath the worktables. 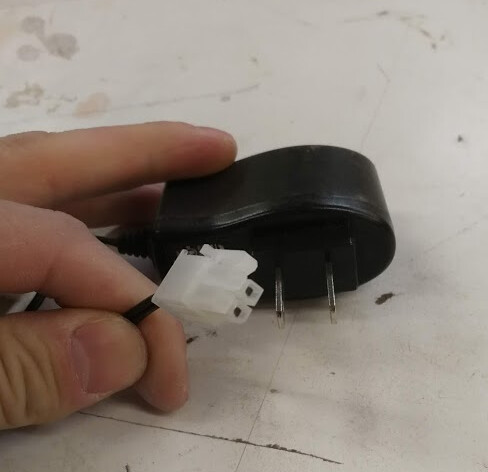 And snip that connector right off! We don’t need it.

The top wire, with the white bars is 12V, while the bottom wire is GND. 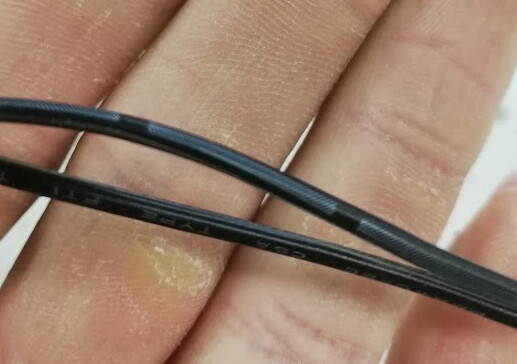 Snip the fan wire off, too. 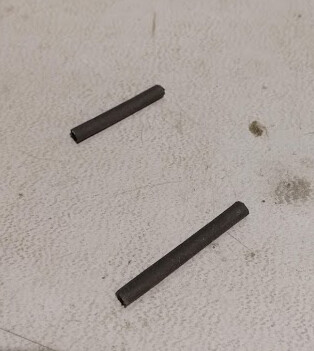 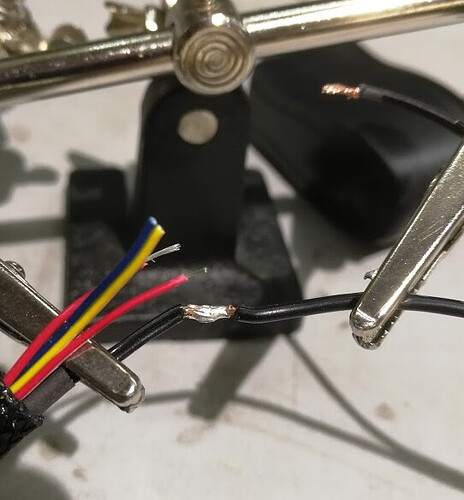 There are two black wires on the fan, they will both get soldered to the GND wire of the power supply that we mentioned earlier. 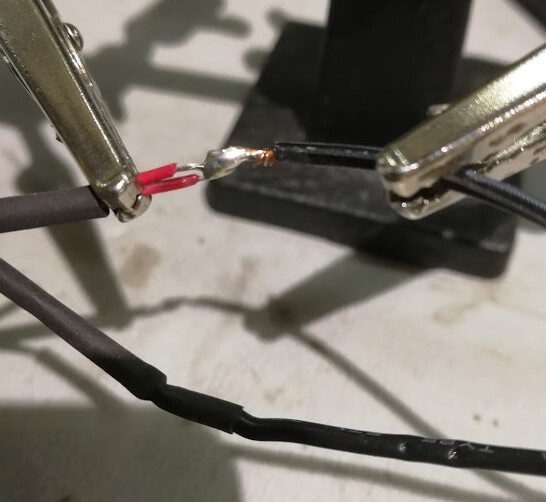 After that, turn on the hot air gun, slide the heat shrink onto the soldered portion of the wires, and shrink those suckers down. 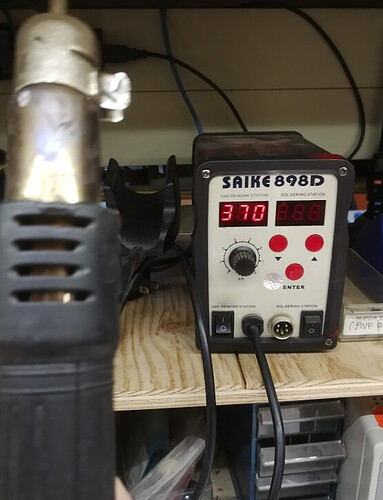 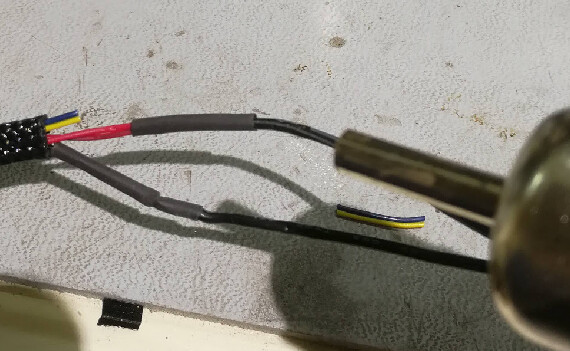 And, bam, you have the most colourful fume extractor ever 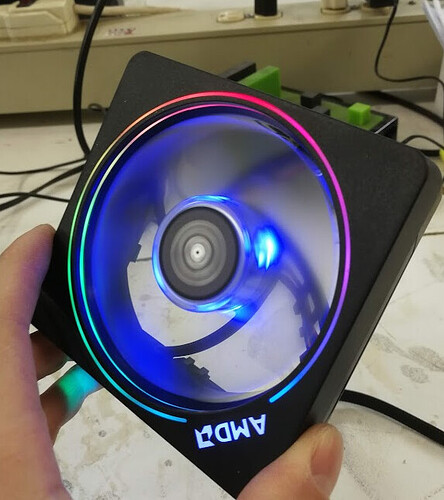 Anyone else want to do this? Post your results here! Need help? Happy to go into more details about anything. Feel bad about using VHS materials? Don’t be, they were going to be Marie Kondoed soon anyway, but feel free to send donations to VHS for what you think they’re worth!

Love this. Thanks for the write-up @jarrett. This is perfect - it’s handy, saves yer lungs, recycles materials, and it’s also super useful for soldering at a rave.

Any advice or recommendations for integrating something of a filter and/or tubing?

You could prob just stick a thin chunk of carbon filter over the front./side least likely to get shredded. I did that with a home-brew version I made. Works well. I used a new cat litterbox filter.

Two or three layers of this carbon filter will probably be enough. I’m building something similar, but with 4 fans and an enclosure to put over my resin 3D printer and be able to use it at home rather than in my cold dusty garage.

Any advice or recommendations for integrating something of a filter and/or tubing?

I bet you could 3D print something that clicks into the fan’s tabs if you wanted to get really fancy. For something like a fume extractor, quick and dirty like folding up some of that carbon filter and taping it in would be more worth your time though

I absolutely love this project! I’d love to make one myself but I can’t seem to find the leftover fans. Are they all gone?

I was there around noon. Tons still left. They are by the laser cutter, between the cutter and the storage bin shelves, on the floor in CPU boxes.

Thanks for your help, but it seem that there is just a box of the heatsinks with the fans already gone there now. I guess they have all been claimed since you were here earlier. Anyway, thanks all the same!

Collecting all the heat sinks together might be worthwhile. Both as a second check to make sure the fans are all gone, and there’s a decent amount of scrap aluminum / copper in there. If a member wants to take them to North Star Metal, you might get a little beer money. Alternatively, Freegeek / Hackery might accept them as scrap.

Or you can make yourself a cool suit for summer.

we separated the coolers into fans and heatsinks. the fans are in a blue bin near the electronics area and the heatsinks will head to the metal scrapper. The fans are headed towards the ecycler so grab them while you can

Easy build. Good instructions. Didn’t hardly have to think at all. Thank you!